A Question of Villainy 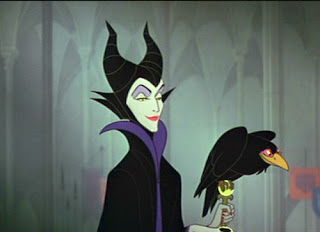 I have been thinking about heroes and villains. To be more precise, I have been wondering if a villain can ever be the hero of a story.

As the standard myth system goes, a main character usually mirrors the postive attributes of the society. The hero carries the hopes and conqers the fears of those who create the myth. Conversely, the villain embodies the terrors and sins that humanity wishes to overcome.

Our cultutre enjoys a "good" villian, someone acting bad with such style that we love to hate him. We shiver when she gives madness an element of sex appeal.

Stories like Buffy The Vampire Slayer came out of making bad guys look good-that is to say, appealing-and ultimately act good in some way. But that is the crux of my pondering; can a villain be the center of the story without doing the good deeds that heroes are required to perform? Could 101 Dalmations be told from the point of view of Cruella DeVil? And if it was, would the audience need to sympathize with her in order to stay interested or could Cruella remain as greedy, vengeful and insane as she is in the original?

At this point, I don't know of any stories (written, filmed, staged or sung) that explore this idea of the unrepentant or unreformed villain as main character. I think the only way to answer this line of questioning is to write a story from this perspective and see how it is received. Any thoughts?
at 3:48 pm

Just off the top, some stuff you might be interested in:
Wicked by Gregory Maguire, Snow Glass & Apples by Neil Gaiman, Game of Thrones fiction series by George RR Martin, and The Chronicles of Thomas Covenant fiction series by Stephen R Donaldson. Maybe not totally the cut & dry "villain as hero" formula you're wishing for, but certainly in the same vein.

You may find it ironic to hear me say (see me write?) so, but I honestly believe that we are always both and neither, and the labels depends entirely on context.

And, I'd LOVE to read a villain as hero story by the one & only Spacemaurader :)

I will definitely look those suggestions up. Thank you.

I agree that we are always living in a grey area and "villainy" in real life is always relative. In this blog musing I am pondering the archetypal villain, the persona with few mudding details-like having a Mommy and a Daddy and liking tulips-to confound the straight and hard line between "good" and "evil."

As for my own villain as hero story, there is one slouching around partly started. Whether or not it will turn into something worth reading remains to be seen.