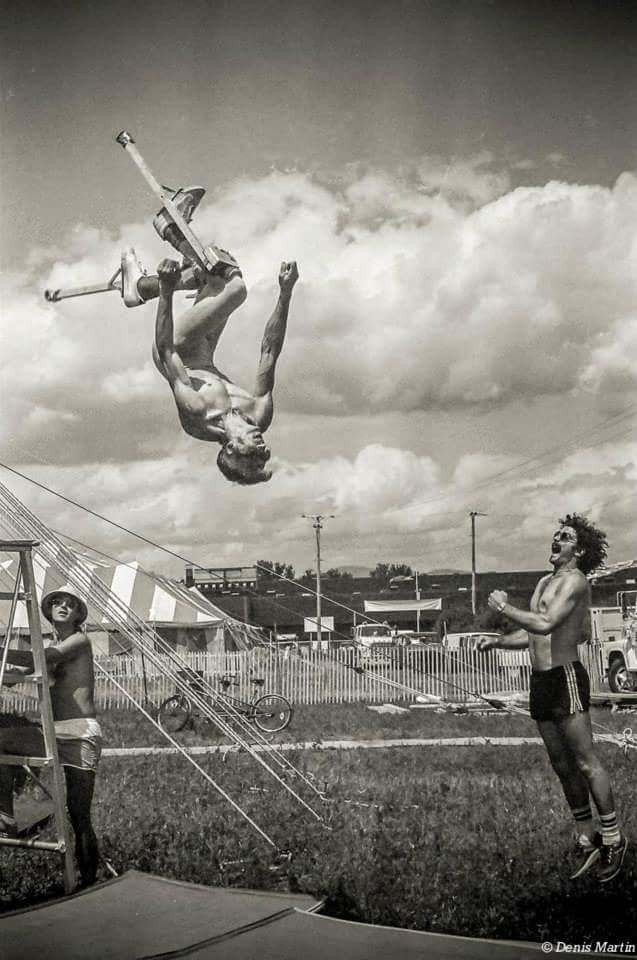 In the summer of 1985 I travelled with my father through parts of Ontario with the, then very new, Cirque du Soleil show. As he was a performer, I was mostly left to my own devices during the shows and I would visit the concession stand people, the cantine, the performers between acts and play with the other children of performers.
I had seen the show a hundred times and knew the music backwards and forwards. When the music would cue that my father was about to perform his back flip on three foot stilts I would drop everything and race into the tent. I would watch him perform his flip every single show. Usually he made it on the first try and sometimes he would stumble and attempt it a second time.
My heart was in my throat once a day and twice on weekends that whole summer as I stood in the dark behind the audience willing him not to get hurt. His stilts would hit the stage with a loud thud, he would expand his arms with a rakish grin and the crowd would erupt with applause. Muffled by the clapping I would breath my sigh of relief, duck out through the tent flap door and go back to my playing.
For me, that is cirque and it always will be.
at 7:53 pm

Lovely memory. You are a great story-teller.