How did the show go? 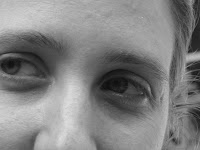 I can put it off no longer! I WILL not!
The show. The cabaret. My first ever production. No pressure, just all me to book acts, advertise and host with no previous experience. And how did it go? Well there's good news and there's bad news.
The bad news is 5 paying audience members showed up, 3 of those being my friends (thank you, you sweet, thoughtful, supportive people). The performers equalled the audience. Ouch. So I lost money on the advertising and gave the performers token pay out of my own pocket out of guilt for not giving them a roaring mob or at least a burbling crowd. In the shows defence it was as cold as a well digger's ass that night and the venue is not exactly central.
The good news? Everyone had a wonderful time! The performers thanked me for having them, the audience members said they really enjoyed themselves and would come again and the coordinator for the space said we should talk turkey about doing another show. We all laughed belly laughs and were moved and made pensive. No one yawned or made polite non-committal comments like "it was ... good...". And my carrot and zucchini muffins were a big hit.
But best of all. Are you sitting down? You know how people say that you loose stage fright after you get up there- I always thought those folks were full of ... hot air but it happened- to me! Normally my stage fright is so extreme that while I am on stage (which I diligently avoid) all I can seem to do is breath in- and in - and in and receded far back into myself wondering just when it is the crowd is going to kill me for being such a talentless hack. When I am up there it is all I can do NOT to rip my own skin off and dive screaming into a dark hole. So perhaps it is easy to see why I had a hard time believing that my feelings of deep peril would ever go away on stage. Well, perhaps the combination of such an intimate friendly audience and the fact that I had to keep getting up there to introduce the next act and read some poems as time filler was the perfect vehicle for riding out my dread and surfacing in this wholly new place of relative ease. I felt exhilarated and energized instead of relieved and exhausted. It was a revelation. Truely.
So all things considered the good out weighs the bad and I call it a success. Enough to give it another go in June. When I have the date set I expect you all to mark it on your calendars and rush to join the fun.
at 4:19 pm